Matthew Ridsdale, the founder of Cannon PR, has been named as Yorkshire and Lincolnshire’s Outstanding Freelance Practitioner by the Chartered Institute of Public Relations. 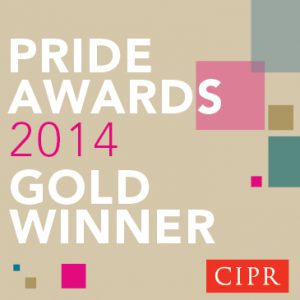 as presented with the top industry award at a glittering awards ceremony which took place at the Queen’s Hotel Leeds, which recognised and showcased some of the very best public relations campaigns, teams and individuals from across the region.

It is the first time that the award has been presented to South Yorkshire-based PR professional and was one of four categories in which Cannon PR gained recognition, with his work on the 2014 Rotherham Real Ale and Music Festival and with the Sheffield & District Law Society also reaching the finals in the categories of best event, best regional campaign and best publication respectively, where his work competed against some of the largest consultancies and in-house communications teams in the region.

The judges of the awards, which comprised of senior members of the Public Relations industry, based outside of the region, were particularly impressed by Matthew’s outlook after he was made redundant and his ability to see his misfortune as an opportunity rather than a setback. Since forming Cannon PR, Matthew has become one of the first practitioners in Yorkshire to attain the CIPR’s Accredited Practitioner standard – awarded in recognition of his commitment to professional excellence as well as devoting his spare time to supporting local good causes.

Since forming Cannon PR, Matthew has become one of the first practitioners in Yorkshire to attain the CIPR’s Accredited Practitioner standard – awarded in recognition of his commitment to professional excellence as well as devoting his spare time to supporting local good causes as well as working with a wide variety of businesses and not-for-profit organisations throughout South Yorkshire as well as supporting some of Britain’s best known companies and brands.

“The PRide awards are one of the most a highly regarded accolades in the PR industry, especially as all entries are judged by senior PR professionals working in the industry with first hand experience of what makes a good campaign.

“When the finalists were announced it was terrific to discover that my work had been shortlisted in four categories and see work that I’ve undertaken be named alongside some of the largest PR agencies and communications teams in the region was something that I immensely proud of, but to go on and be named as the region’s Outstanding Freelance Practitioner has been the highlight of my career to date.

“Of course, you can’t really win awards without the companies, charities and individuals who put their faith in you to deliver work which helps their businesses and I’d like to give a special thanks to everyone who has supported me over the past three years. It’s been a truly amazing and exciting journey and I’m now firmly setting my sights on growing the business further and hopefully more success in years to come!”

The CIPR PRide Awards is the only UK-wide awards scheme that recognises excellence in public relations and communications work across Scotland, Wales, Northern Ireland and six English regions. Nationally, the awards attracted over 1100 entrants, with 350 campaigns, teams, consultancies and individuals across the UK in nine different awards nations and regions reaching the shortlist. 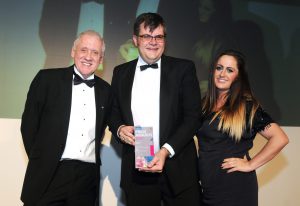